The NSW Government has welcomed the 4.5 billionth tap-on to the Opal network at Parramatta Train Station today as the revolutionary electronic ticketing system turns ten.

Minister for Transport, Veterans and Western Sydney David Elliott said commuters had clocked up billions of Opal card trips since the network launched ten years ago.

“We’ve seen 4.5 billion trips taken on the Opal network in the decade since it was introduced - that’s an average of 1 million trips on our public transport system each day,” Mr Elliott said.

“The sheer volume of trips taken on the Opal network shows how much Sydneysiders and visitors love using the technology and see it as a part of their everyday lives.”

“The Perrottet Government is building on the Opal success with the investment of $568 million over the next five years to deliver a new state-of-the-art Opal system, Opal NextGen.”

“This will give commuters even more choice and convenience when booking and paying for public transport, helping them seamlessly travel across NSW like never before.”

The first tap-on was made on the Neutral Bay to Circular Quay ferry route on 7 December 2012 and since then the Opal network has expanded to operate on the Metro, rail, bus, ferry and light rail networks across Greater Sydney.

Transport for NSW Chief Operations Officer Howard Collins said the introduction of the Opal network a decade ago has revolutionised the way commuters travel across all modes of public transport.

“It’s amazing when you remember that only six years ago in August 2016, paper tickets were fully retired and now, many commuters travel on the network without a physical Opal card,” Mr Collins said.

“More than 56 million Opal cards have been issued giving commuters easy access to our public transport network, whether they’re local, from interstate or overseas.

“We look forward to rolling out Opal NextGen that will see travel from A to B on public transport and other transport services become even more seamless.”

To plan your trip on public transport download the Opal Travel app or visit transportnsw.info 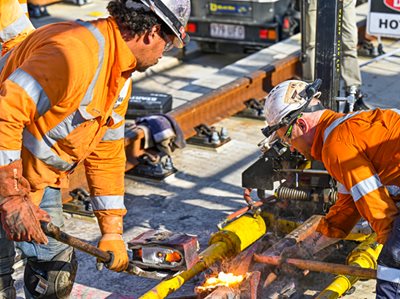